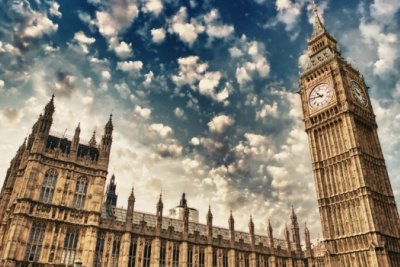 There have been further calls for the government to scrap recent changes to stamp duty today as the latest research from Stirling Ackroyd suggests that stamp duty must be cut to get the property market moving.

According to the report, house prices at the top of the London property market have been hammered by George Osborne’s stamp duty reforms, with the west London enclaves of Kensington and Notting Hill – the former Chancellor’s home – seeing the biggest price drops.

Analysis of data before and after the reforms were introduced by London estate agent Stirling Ackroyd reveals the top 25% of the capital’s properties have seen their house prices slashed by -5.4% since Q2 2015, when the average was £1,227,000. House prices for the top 25% also fell by -1.5% on the previous quarter in Q2 2016, directly following the introduction of the 3% stamp duty surcharge on second homes in April 2016. The data shows that stamp duty, rather than Brexit, is holding back the top end of the London property market.

George Osborne’s 2015 reforms, which introduced a graduated rate across five price bands and increased stamp duty (SDLT) on properties priced at over £1,125,000, have had a significant effect. A property in the top band priced at £2 million would have cost a buyer £100,000 in stamp duty before the changes were brought in, but would now cost £153,750 in SDLT. If the same £2 million property is being bought as a second home, this would now cost a staggering £213,750 in SDLT – more than twice the bill a second home buyer would have paid in 2014.

Notting Hill W11, home to Conservative modernisers David Cameron, George Osborne and Michael Gove, has seen property prices fall significantly since stamp duty reforms were first introduced in April 2015, and the downward trend has accelerated since the introduction of the stamp duty surcharge on second homes in April 2016. The average house price in Notting Hill now costs £1,499,800, having fallen -3.7% quarter on quarter in Q2 2016 and by -9.6% since Q2 2015.

Nearby Kensington High Street also saw average prices fall -6.2% in the year following the introduction of the reforms, with the average property now costing £1,713,000. Knock-on supply shortage for the rest of the market

Although the government’s reforms cut the cost of stamp duty for properties valued at less than £1,125,000, the slowdown in the market at the top end has contributed to a lack of supply in the middle of the market, causing price increases for the majority of London buyers.

Although the government’s stamp duty reforms have hit prices at the top end of the London market and the West End in particular, they have also helped to increase the price of properties in east London, including in the constituencies of Labour’s leadership. Jeremy Corbyn and Dianne Abbot’s constituencies of Islington North, London N8, and Hackney South, London E8, saw average prices rise by 1.2% and 5.6% respectively between Q2 2015 and Q2 2016.

Shadow Home Secretary Diane Abbot’s constituency has seen dramatic increases in property values as money shifts from west to east London following the stamp duty reforms. The cost of a one bedroom flat in Hackney South’s Dalston, London E8, rose from £490,200 in Q2 2015 when the reforms were introduced to £508,130 in Q2 2016, a 3.7% annual increase.

Nick Davies, Head of Residential Development at Stirling Ackroyd, comments, “Targeting top end buyers of properties valued at over £1 million might have been good politics at the time, but the policy is crippling Prime Central London, with potentially damaging consequences for the capital’s property market down the road.

Most Londoners are unlikely to weep for wealthy second home buyers, but the reality is that without movement at the top, the middle and lower end of the chain are being blighted by a shortage of available properties, leading to intense competition and spiralling prices. Higher income families are holding on to their homes rather than move up, while buy to let investors have all but disappeared, which in time will have a similar effect on the rental market.

We’ve seen some renewed interest from foreign buyers since the fall in the value of the pound, but we mustn’t be complacent, as the market is incredibly sluggish since the vote earlier this year. Domestic buyers remain worried about whether values at the top end of the market will hold up, and the huge cost of extra stamp duty is only serving to put would-be buyers off. It is also crystal clear that the decline at the top end of the market is nothing to do with Brexit – the big drop in prices is entirely the making of the government.

George Osborne’s reforms were flawed and his Notting Hill neighbours certainly won’t be impressed with his stamp duty legacy. We have also seen a shift towards the east of the city, particularly Islington and Hackney where prices are rising significantly, putting even more pressure on first time buyers who want to stay in the area – something the likes of Jeremy Corbyn and Diane Abbot won’t be impressed with either. With the new Chancellor Philip Hammond busy working on his Autumn Statement, the government should take the opportunity to think again on the stamp duty surcharge, and should also look at cutting the cost of stamp duty across the board as the tax serves only as a disincentive to moving home.”

Your Valuation in the region of...

Whilst this instant valuation provides a guideline, your local Major Son & Phipps property expert will be in touch to provide a more accurate valuation taking into account improvements to your property, the local market and more.

Recently sold in the area

These properties near you were sold recently.