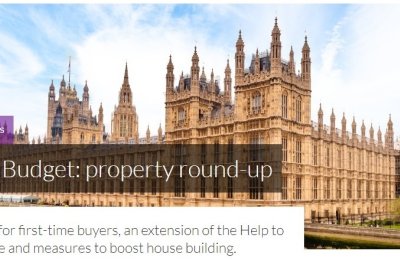 Here is a rundown of the main announcements from the Budget that impact the property market.

There was good news for first-time buyers with the Chancellor Philip Hammond announcing that stamp duty relief will be extended to those purchasing shared ownership properties.

The change, which applies to first-time buyers in England and Northern Ireland, will be back-dated to apply to all qualifying transactions since last year’s Budget, when first-time buyer stamp duty relief was first announced.

The measure will apply to all shared ownership properties worth up to £500,000.

Hammond announced the Help to Buy equity loan scheme would be extended for a further two years until March 2023, but it will be limited to first-time buyers only.

New regional price caps will also be introduced on the market value of homes that can be purchased using the scheme, set at 1.5 times average expected first-time buyer property prices, ranging from £186,100 in the north east to £600,000 in London.

The scheme, which enables people to purchase a new build property with just a 5% deposit, with the Government providing an equity loan of 20%, has so far helped around 170,000 households buy a home.

The Government confirmed it does not plan to offer a further Help to Buy equity loan scheme after March 2023.

As part of its push to help regenerate high streets, the Government is launching a £675 million Future High Streets Fund for England. Some of this money could be used to turn shops and commercial buildings into homes.

It will also consult on new planning measures to enable high streets to evolve, including making it easier to change the use of existing buildings, with new Permitted Development Rights encouraging mixed-use business models.

A range of measures were announced to help increase the number of new homes being made available.

Hammond said the Housing Infrastructure Fund would be increased by £500 million to £5.5 billion to enable 650,000 new properties to be built.

He also announced a new scheme to provide £1 billion of guarantees to support lending to small and medium-sized house builders through the British Business Bank.

In addition, the Government will provide £653 million for strategic partnerships with nine housing associations to deliver more than 13,000 homes.

New discounted homes could be made available in up to 500 neighbourhoods in a bid to encourage communities to provide more homes for local people to buy, at prices they can afford.

The Localism Act enables communities to put forward neighbourhood plans for areas where homes could be built and then sold at a discount to people with direct connections to the local area. Hammond has earmarked £8.5 million to support the scheme.

Buried in the small print of the Budget was the announcement that the Government will publish a consultation in January on imposing a 1% stamp duty surcharge on non-residents who buy property in England and Northern Ireland.

The levy is less than the 3% that had been previously mooted, but was still met with dismay by estate agents, who fear it will cause the top-end of the property market to slow down further.

The Chancellor used the Budget to confirm that the so-called Housing Revenue Account cap, which limits the amount of money local authorities in England can borrow to build homes, will be abolished with immediate effect. The Welsh Government is taking similar steps in Wales.

The move is expected to lead to an additional 10,000 social homes being built each year.

The Government is also making £10 million available to fund housing deals by local authorities in areas of high housing demand.

Hammond said a report on house building by Sir Oliver Letwin had found no evidence that land banking by developers was limiting the number of new homes being built.

The report also put forward a series of recommendations to help increase the level of house building, such as having greater differentiation in the types and tenures of housing on large sites. The Government will respond to the review in February next year.

The Government is tightening property-related tax relief to ensure it is not abused.

It will reform lettings relief so that, from April 2020, private residence relief, which protects homeowners from paying capital gains tax when they sell their property, will only apply to rental properties if the owner shares their home with a tenant.

There will also be a consultation on steps that can be taken to ensure owners of second homes are not claiming business rates treatment, which reduces their tax liability, for self-catering and holiday let accommodation unless the property is genuinely available to let.

Homeowners who live in flood-prone areas were offered some assistance in the form of better warning systems.

Hammond has allocated £13 million to tackle risks from flooding and climate change through pilot projects to give property owners the best information on protecting their homes and expanding the flood warning system to cover an additional 62,000 at-risk properties.